I am reading a paper, Keep it SMPL: Automatic Estimation of 3D Human Pose and Shape from a Single Image, CVPR 2016, that models the human parts with capsules for estimating the interpenetration penalty and then abstracts that with 3D Gaussians which corresponds to the bones (for calculating the intersection of parts estimated with 3D spheres because calculating the volume of intersecting capsules is very much challenging).

There’s this formula in the paper that I can’t wrap my head around it. 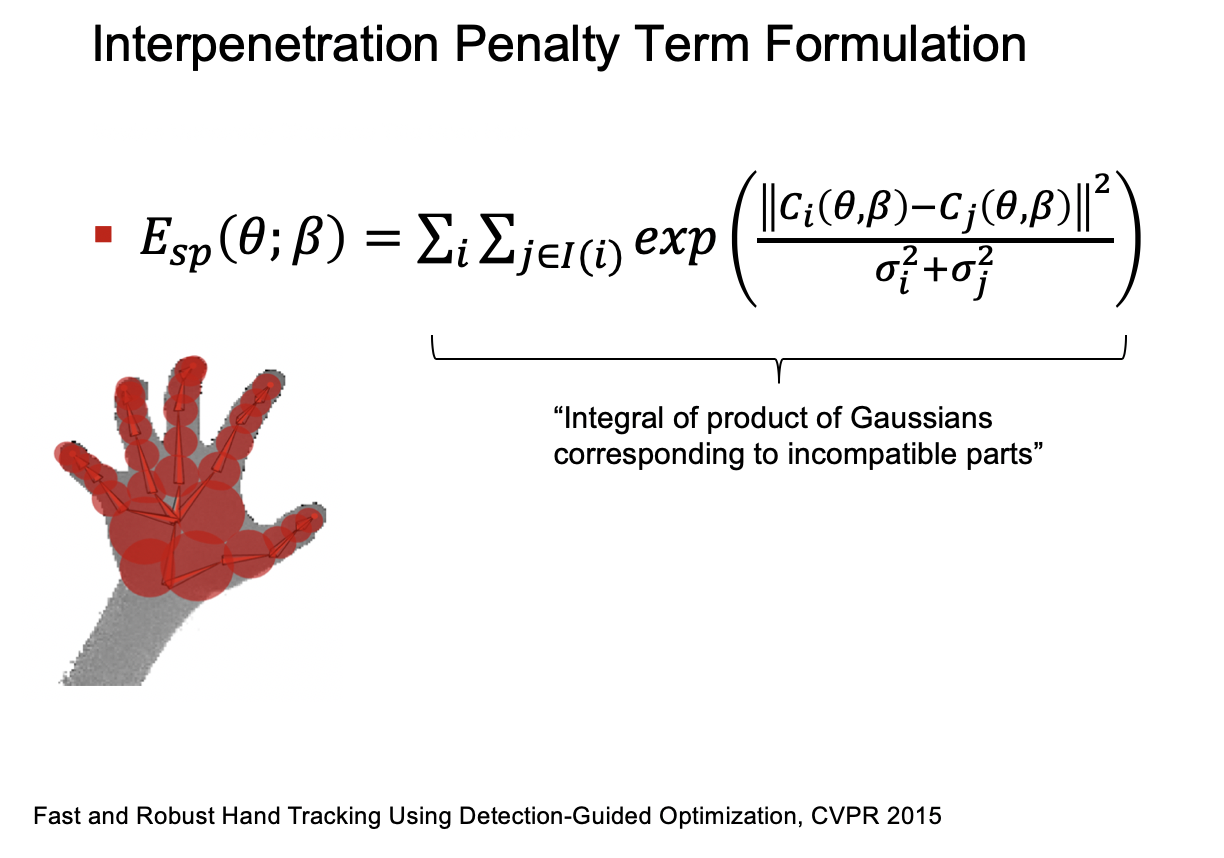 In this formula, that is for integral of the product of Gaussians corresponding to incompatible part, specifically, I don’t understand the following part (I understand what C_i(theta, beta), C_j(theta, beta), sigma_i^2, and sigma_j^2 are):

I understand that product of two Gaussians does have exp as well as sigma_i^2 + sigma_j^2 in the denominator of exp. However, I don’t understand why we are using the norm 2 squared of the difference of centers in the nominator of exponential function??

Below, I have added screenshots from the paper that goes over the formula (however, mathematically, it is still not clear to me how we arrived at this formula)

I reformulated your kernel as follows:
$$
E(theta;beta)=sum_isum_j exp(frac{(C_i – C_j)^p}{sigma^2_i+sigma^2_j})
$$
The smoothness parameter $p$ affects the correlation trend between $C_i$ and $C_j$. Suppose we test $p=0.1, 1, 2$. So $p=0.1$ makes the correlation to be near discontinuity between $C_i$ and $C_j$. For $p=1$, we have a non-differentiable kernel which might be useful for non-differentiable functions, and for $p=2$ we have a smooth basis function which is differentiable for all orders. Although you fix the parameter $p$ for all of your dimensions, it can be estimated for every dimension. For $p=2$, we have a squared exponent function.