We had this situation recently in the online Ticket to Ride. Why did Yellow’s route from London to Berlin work? Is Yellow really allowed to use Purple’s station on Essen? 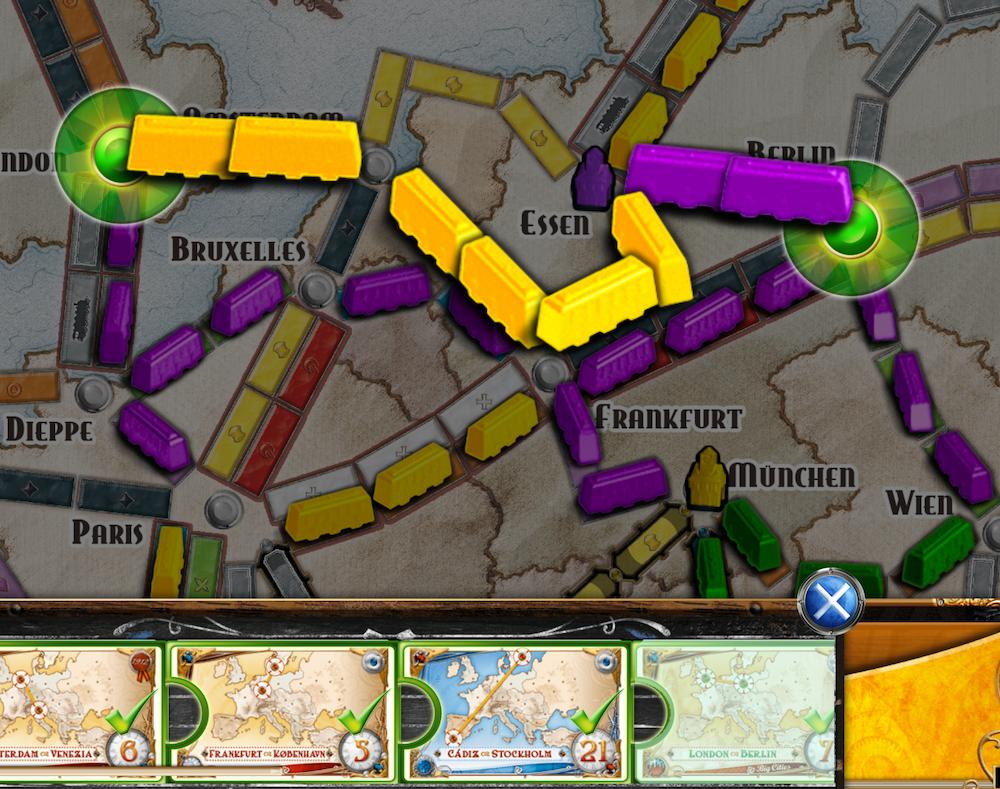 It’s hard to tell with the big green destination marker, but it looks like there is a yellow train station in Berlin, which would allow Yellow to use the track from Essen to complete the ticket.

As far as I can tell that should not have worked at all. It seems like the T2R online simulation has a route calculation bug. I suggest reporting this to them.

Players can only use their own train stations. From Ticket to Ride Europe’s rules (page 6):

A Train Station allows its owner to use one, and only one, of the routes belonging to another player, into (or out of) that city to help him connect the cities on his Destination Tickets.

There is no allowance for players other than the owner to make use of a train station, or for the owner to share it, or anything like that. The owner gets the route and that’s that.