Considering Willow’s short stature, I wonder if 69 is even that good with her.

not exactly sure where to post this question so sorry if this is annoying. I was born in 2001 so I never got to use the N64 since the time I started playing video games the wii released. How was the controller? Was it easy to use? What was the general reaction to the controller?

Possibly the worst controller ever conceived. The 1st handle was almost never used. The analog stick crapped out 95% of the time. It still confuses me to this day

I got a Nintendo 64 for Christmas when I was seven. I never had any issue with the controller, but I was pretty young. I liked the garish colours and quirky design as a kid, but I can see how older gamers at the time may not have felt the same way.

I remember being confused about why the third handle with the D-pad existed because the only game I ever had that used it was WCW vs. nWo: World Tour.

The analogue stick was undoubtedly a piece of crap. I remember fighting with friends for who got to play with the controller with the least mangled analogue stick.

Can I say that The Witcher 3 is aging poorly?

I played it in 2016 on a pretty weak PC that could only run it on low-medium settings, and I used to dream of getting a good gaming rig that can run this game on Ultra, and now, years later, through which I played games like RDR2, AC Origins and Odyssey, and I have a PC that can actually run The Witcher 3 on Ultra: scenery looks very good, every other thing feels pretty outdated though!

And I have to be honest, riding roach after playing RDR2 is not a pleasant experience at all, sadly. Almost everything about the game seems outdated, textures, dialogue (stiff camera cuts from Geralt to NPCs make the dialogue seem very static and unrealistic), and movement (Geralt and Roach feel pretty clunky), they all feel pretty outdated.

Now that’s normal I get it, but a game like GTA V for example, it doesn’t feel as outdated as The Witcher 3, not at all!

What actually made me write this post is that I saw a post some days ago where some guys were circle jerking about how The Witcher 3 never aged a day and how it still looks and feels modern. It just doesn’t!

Now don’t get me wrong, I absolutely love The Witcher 3, it is definitely one of my favourite games of all time, but it sadly is aging pretty poorly and it’s just a matter lf time before it feels unplayable.

NB: I know about texture mods and whatnot but some things in games can’t be really fixed by mods, look at Skyrim’s combat for example.

It’s a 6 year old game that is still seeing releases and is still relevant. I went through it for the first time during quarantine and everything in it holds up pretty well. I play a lot of games so I’d like to think I at least understand current trends and I never really felt like I was jumping back a generation. Drowner rag doll effects and their AI are not great, but those are small complaints. I can still say I had a good amount of fun with the Witcher 3. Hearts of Stone was really well written and it was great seeing Geralt out of his element. Is it some pristine perfect gaming achievement that hasnt aged? No. Is it a game I still consider worth playing despite its age? Yes.

It’s not unnatural that a game ages, this is the nature of this industry, I’m just annoyed by people saying that it’s aging like fine wine and all that because it is not.

It always felt clunky to me, and I just couldn’t get into it. Tried again this year, but it’s just not for me.

The movement and combat are clunky, and I don’t enjoy all the prep or having to keep track of everything (weapons, spells, etc.)

I love western RPGs, but could not get into The Witcher 2 or 3. I was so excited for the second one to come to Xbox too

Conversely, I recently tried RDR2 and gave up after a few hours thanks to how pedantically animated the movement and interaction was. I could not squeeze any enjoyment out of the combat and it felt like playing a polished version of QWOP somehow. Then I put another 150 hours into the Witcher 3 over the last month and loved every moment. Horses for courses. Did you have alternative movement switched on?

That being said, the mechanics were never the main attraction, the depth of the world and the quality of the writing were, which makes something like AC Odyssey look laughably manufactured in comparison (though I will still take the flavourful mechanics of W3 over AC:O’s blandfest). I haven’t come across a game that has equalled W3 in any important aspect, though death stranding came close, it just doesn’t have the length to investigate its ideas to the extent W3 does. 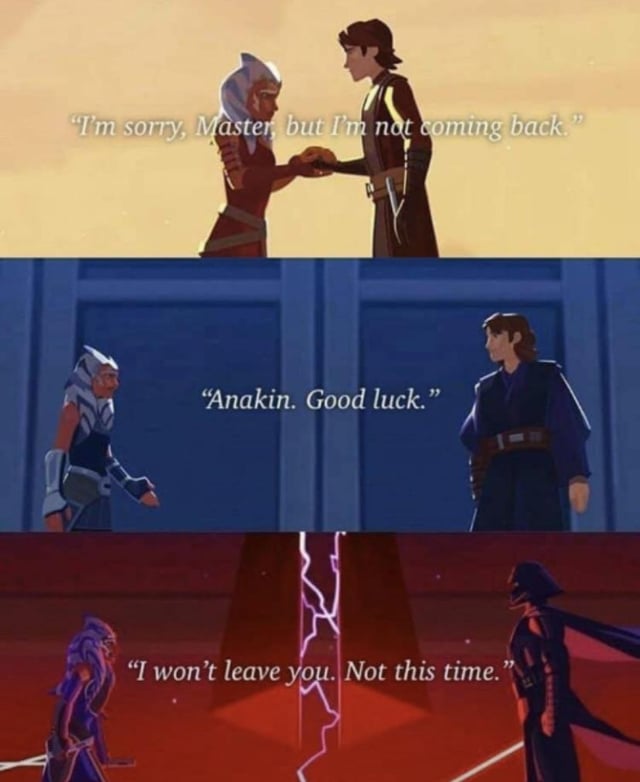 “I won’t leave you. Not this time”

And Vader never once calls her by her name.

I just rewatched Seige on Lothal today “So the apprentice lives”. That relationship is so amazing

Seriously if you all keep posting stuff like this I’M NEVER GOING TO STOP CRYING.

This is amazing. Phenomenal job.

“Then you will die!”

How much time passed between Ashoka departing the order and when she returned to Anakin.

She says that but we all know she does leave… 😂

And why shouldn’t she? Ahsoka deserved a chance to just live her life and why should she just continue to feel weighed down by something that was so beyond her control? 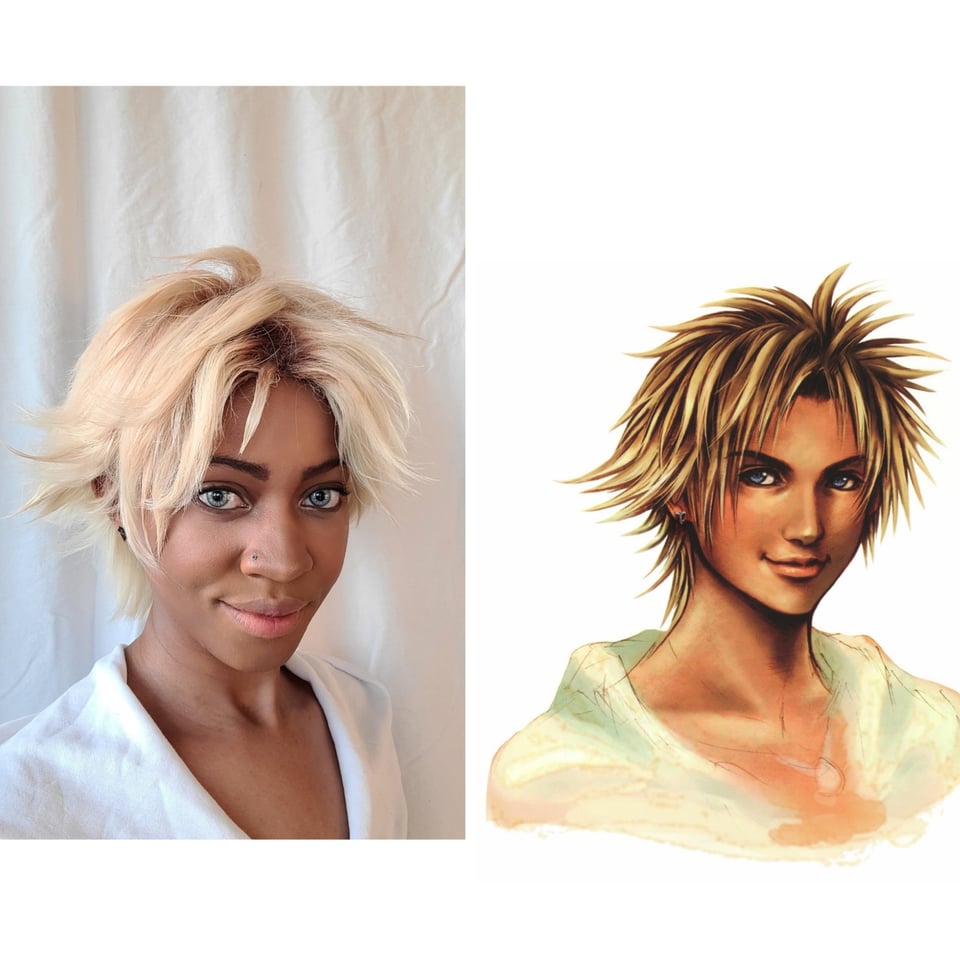 Third in the series!

Not gonna lie, this was the hardest so far 😅 the hair was hard to style and even then, I’m a bit frustrated the wig wasn’t the color I thought I ordered. Oh well!

Though difficult you killed it, can’t wait to see more!!

Captain of the Zanarkand Abes!

I love your cosplays 🙂

Great cosplay but it’d be way more accurate if you were crying. 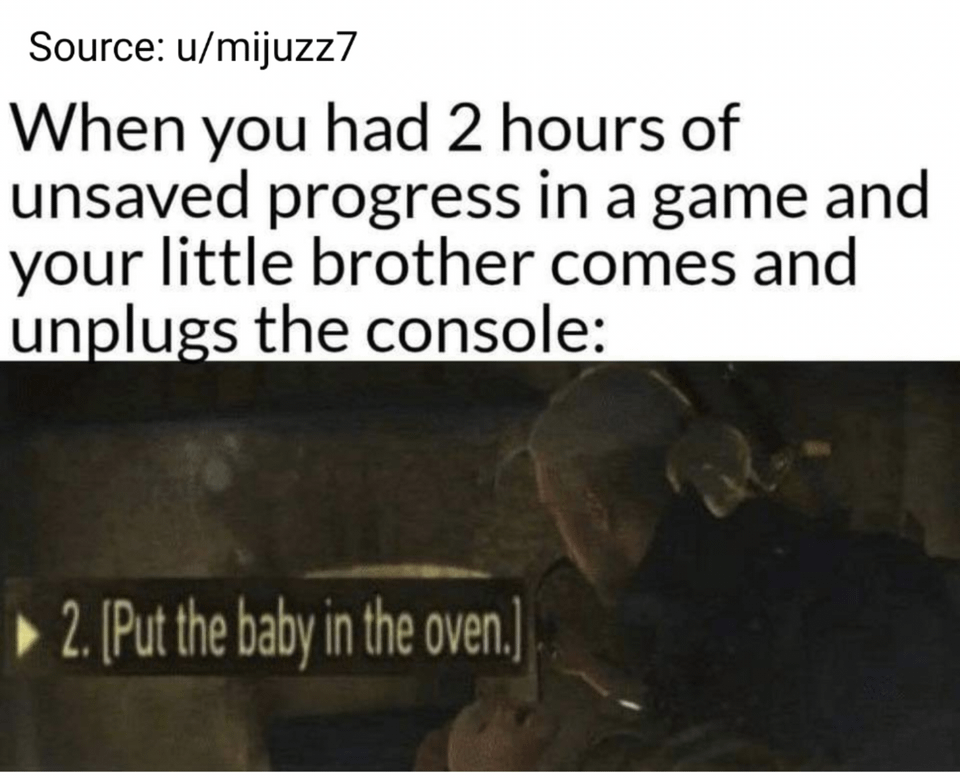 Put console in the oven and buy a computer.

I am a bot, and this action was performed automatically. Please contact the moderators of this subreddit if you have any questions or concerns.

This happened to me but the game glitched and I was stuck in one spot with no enemies to kill me to send me back to my last checkpoint.

You can ‘load game’ buddy.

Well… that’s one way of doing it

Hello /u/MedievalMacmillian, thanks for your submission on r/CallOfDuty regarding MW).

Please be aware that all content regarding Call of Duty: Modern Warfare (2019) needs to be posted on r/ModernWarfare.

Please ensure that you are understanding of our Rules in the future.

I am a bot, and this action was performed automatically. Please contact the moderators of this subreddit if you have any questions or concerns.